Every day I get emails from people who want to write articles for this site or they want me to mention their business or add a link to an article or page.

Up until a couple of years ago, I answered the emails. Most of them end up in my spam folder but it isn’t unusual for the same person to send me several emails “following up”, or “circling back” or asking for a response in some other way. Yet I don’t respond.

I respond to the emails I get from people who want my help buying or selling real estate unless they are from a prince who is trying to get millions of dollars out of his country.

No, I do not have to respond to anyone and everyone who sends email. Part of the reason I have this site is so that people can find me or ignore me as they please.

Today is the day to vote in the primary election.

All voters will have these races on their general election ballot:

Voters may have one or more of these races on their ballot:

A primary election determines which candidates will be on the ballot in the November general election. These elections are very important.

If you are eligible to vote but are not registered to vote you can register at the polls. It is fast and easy too.

If you don’t know where to go to vote you can look it up here.

I just did a quick search of job openings at local companies. I am not seeing many openings for “remote” workers. As I recall 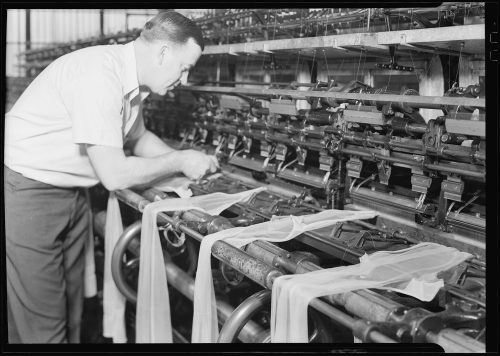 when the pandemic started back in 2020 people were working from home and moving further away from their jobs.

There were those months when there wasn’t really a rush hour.

Fast forward to 2022 and “Workers in America’s midsize and small cities have returned to the office in far greater numbers than those in the biggest U.S. cities.” according to the New York Times. According to the same article is a higher percentage of remote job openings in San Fransisco than there are in Columbus Ohio and other mid-sized towns.

There was some migration going on it in 2020 and 2021. There are also many people who were working remotely in 2020 and maybe even part of 2021 who are back in the office full time or at least part of the time.

It seems like there is less traffic during rush hour than there was before the pandemic but there is a lot more traffic than there was during the summer of 2020. I think in 2022 even people who are vaccinated have a higher chance of catching Covid-19 than we had in 2020.

Back twenty years ago when I had a W2 type job and worked in an office we believed that remote work and independent contractors would become the norm. That doesn’t seem to be happening. The “gig” economy has grown but many “gig” workers have more than one job.

A few weeks ago I attended an in-person meeting. It was my first with that organization since 2019. The person who presided over the meeting decided that in-person meetings are best. He enjoyed it immensely and seemed to drag it out for as long as he could. It kind of got me thinking as to why some companies insist that people come back to the office.

Of course, there are some jobs that can not be done remotely. I don’t have to go to work in an office but my clients expect me to show them houses and to meet with them in person when they want to sell a house. There is a small percentage of home buyers who will buy a house based on the pictures.

Over the years I have worked with several homeowners that I have never met in person. As long as I can get keys to the house the seller need not be present.

When buying a house I think it is important to plan at least five years into the future. Ten would be better. Renting is a better way to take advantage of short term trends.

I did something stupid last week. While cutting down some volunteer grape vines I cut this little wire on my central air conditioning unit. I went inside and turned the thermostat down low. The fan inside the house came on but the fan on the air conditioning unit did not.

I started calling around to find someone to come out and fix it. If I had thought it through I would have spliced the wire myself.

The company that installed the unit was booked until mid-heatwave.  I called another company that wanted to come out in two days and give me an estimate of what repairs would cost and sit down with us to discuss our options. For some reason, I couldn’t communicate that I needed a repair not a consultation or estimate. I  repeatedly asked if they would be able to make the repair when they came out for the estimate.  Without even asking they assumed that I was more interested in the cost of the repair than I was in having the unit up and running before the next heat wave.

I called another company and explained the situation.  They sent someone out, and he arrived about three hours later. I showed him the wire, and he verified that I did indeed cut the wire to the fan. He had me shut down the AC and he spliced the wire. I think the whole process took 10 minutes.

When you need an HVAC repair avoid the companies that want to give estimates and consultations. Avoid saying that it is an emergency even if it is an emergency. Emergency service can be much more expensive than regular service.

By admitting that the AC unit is 18 years old I was opening myself up to the “upsell”, which was probably what would have happened if I waited for the appointment with the company that wanted to sit down with us and discuss options.

It is a good idea to keep the plants near the air conditioner trimmed back.

It is all over the news. The unemployment rate in Minnesota is 1.8% which is a record low for Minnesota and lower than any state has recorded. It looks like good news but from a practical point of view landing, a job isn’t easy, especially one that pays enough so that the employee can afford food, clothing, and housing.

I think the unemployment rate is higher for non-white, non-male persons, and those over 50.  I don’t have the numbers I am just guessing.

However, low unemployment is a good thing and it is good for the housing market too. People who migrate to Minnesota from coastal regions find that our housing is more affordable and that there are opportunities here.

Claims for unemployment insurance are low but not at an all-time low.

I write this post every summer. If you are a small business owner or if you use a home office the next few weeks are a great time to buy office supplies and office electronics. The back-to-school and summer sales are here.

It is also the perfect time to buy a small microwave a hot plate, a toaster oven, or a crock pot. There are also discounts on bedding and some furnishings. There seems to be plenty of merchandise too.