It is Friday and Fridays are for fun. September is my favorite month.  In the beginning, we have warm summer weather and in the end, we have that just right weather that we don’t get very often.

During the great recession and housing market crash we did see actual decreases in property values. People bought houses and ended up owing more on them than they could sell them for.

The value of my own home declined during the crash but we could have sold it for twice as much as we paid for it. Did we lose money? The house is now worth twice as much as it was worth in 2009.

It is kind of like looking at the statement for my retirement account. The dollar value today is less than what it was a year ago, but it is worth many times more than what I put into it. Another account is growing at about the same rate as it would if I had buried the money in the backyard. Yet I know for sure the money wouldn’t grow at all if I buried it in the backyard.

Today in some parts of the country the median home sale price is lower than it was in August. Most of the people who bought houses in August will not need to sell and if they did chances are they could get the same amount for their house as they paid for it last month, or maybe more.

Home values fluctuate but over the long run, prices go up. There are a few things that could cause home values to decline. When the number of available houses is higher than the demand for houses then the prices will decrease.

The idea of decreasing home values can be misleading. The idea of a “real estate recession” is confusing. The housing market isn’t like it was before the pandemic. Nothing is quite the same.

If you would like to know how much your house will sell for right now contact me.

If you are currently renting be skeptical of claims that renting is somehow better than owning. Paying rent isn’t throwing money away but a rental is never really home and it isn’t an investment.

Yesterday I was listening to advice about fall home maintenance on a local news station. The people we see on TV are not from here and I am not sure where they got the advice from but it 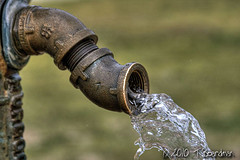 was mostly useless and not entirely correct, but repeated over and over.

Yes getting a furnace or boiler tune-up or check-up this time of year is a great idea. As for preventing the pipes “outside of your house” from freezing, I can only assume they mean the outdoor spigot.  I have been in hundreds of houses in the metro area and haven’t seen a single house with outdoor pipes.

To protect the spigot outside your house turn the water off to that pipe from the inside. Drain the water from the pipe by turning the spigot on. Remove the hose if there is a hose attached. Realistically none of this has to be done before Halloween or so. An overnight low that is below freezing generally won’t hurt your pipes.

It is true that mice can get into your house through the smallest holes. Our cat usually catches a couple of mice that find their way into the house. I am not sure where they come in, but when I find a hole I stuff steel wool into it or caulk.

There are times when every homeowner needs the services of a professional, an exterminator or the mice will win.

It doesn’t hurt to consult YouTube or Google before taking advice from the local news or from social media. There are oh so many how-to videos that are actually pretty good.

When my dad was alive I used to consult him. Maybe your dad can help you.

This just in from Minneapolis Area Realtors (MAR) a local Realtors association they do a fine job of collecting and publishing local market data from the week of September 19, 2022:

Apparently in some parts of the country prices are falling but real estate is local and affected by the local economy.

“The median home price in the Twin Cities reached $369,750 but the year-over-year growth rate is slowing. While prices are not falling, they’re not rising as quickly as they were. The 5.6 percent price growth in August is below the roughly 8.0 to 16.0 percent gains seen over the last two years. The deceleration in price growth likely reflects the pullback in demand caused by higher interest rates and economic uncertainty. Closed sales were down 20.3 percent in August compared to last year. Buyers also still face low inventory and limited options, although there’s evidence that’s changing.” (MAR)

Nationally and locally the number of homes on the market is rising even though there have been fewer new listings. In our local market demand is high and we are experiencing a sellers market.

The downside is the higher interest rates. Rates are low historically speaking but are at around 6% which is significantly higher than they were last year at this time. Over the years I have worked with many home buyers who bought a house and then later refinanced when rates went down.

However, if we look at interest rates over the past 20 years or so, they are currently low. There are no guarantees when it comes to interest rates. It would be nice if mortgages could be transferred from one property to another.

Most people are better off in the long run if they own rather than rent. Rents rise with home prices.

It is Friday and Fridays are for fun. Every year during apple season I buy a peck or two of apples at the farmer’s market. I like to get a mix of less-than-perfect apples. I make applesauce and or apple butter and or apple pie filling. Last weekend I made apple sauce and canned it.

According to local apple growers, this year has been a good one for growing apples.  I’ll probably buy some more this weekend. It will be good pie-baking weather. Who knows maybe next year I’ll have to pay $15 for a $10 peck of apples.