The number of REALTORS in the US has hit an all-time high of 1,424,136. REALTORS are members of the National Association of Realtors. I can never find any data as to how many real estate licensees there are in the US. In the Twin Cities, a large percentage of real estate agents are REALTORS.

In Minnesota, the number of REALTORS has risen to 21,234 while at the same time overall home sales remain flat.

There has never been a shortage of REALTORS. When the unemployment rate goes up we usually see an uptick in the number of REALTORS. This year housing is one of the strongest sectors of the economy which means there will be more REALTORS.

Not all REALTORS sell real estate. Some work in commercial real estate and in rentals and property management too. When people ask me if it is a good time to become a REALTOR the answer is always yes. For details on how to get a real estate license in Minnesota go to the Minnesota Department of Commerce website.

It seems like September went by in a flash and today is the first day of October 2020. For me, October is a month for business planning and fall cleaning. It is also time to get ready for winter.

This winter could be a bit more challenging than most because of the pandemic which is getting worse rather than disappearing. I have already put in a supply of non-perishable food, baking ingredients, and other supplies.

October can also be a busy month for home sales and it should be especially busy this year. Fall home sellers usually want to move before the snow and winter holidays arrive.

If you or someone you know plans on selling their St. Paul home this fall or winter I am happy to help. We do have buyers looking for houses just like yours. If you would like to get a feel for how much your home might sell for I am always happy to provide a free no-obligation market analysis.

A look at the big picture shows there wasn’t a huge slowdown among home buyers during the time we were told to stay home because of COVID-19. The only reason home sales were down at all during that period is because fewer homeowners decided to sell. Homebuyers have been out looking and are not easily deterred.

In a week I’ll have September home sales numbers. September has been a great month for home sellers. It isn’t Fall yet. We have a little more than a week left of summer.

In the before times spring used to be the time of year to sell real estate. This year in the real estate market spring is happening in the Fall.

Yes, this is a very good time to sell a house and it is a great time for homebuyers to take advantage of the oh so low-interest rates.

We have gotten pretty good at making the home buying and selling process as safe as we can during the pandemic.

Home sales and pending home sales in St. Paul and in the metro area are up from what they were in August of 2019. Home prices are up as the demand for houses is greater than the supply.

Let us know if we can help you buy or sell real estate this fall. 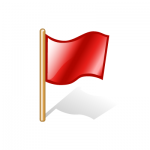 I wrote this last year. We replaced some windows and the roof too. I know people and that helps but I wanted more than one estimate on the roof and that put me in touch with people I would never hire.

Here are some of the red flags I have encountered while searching for a roofing contractor:

There is more. In the past couple of weeks, we have seen a few invoices for some outrageous charges our clients have paid to plumbers and electricians.

Some plumbers or electricians have a lot of favorable reviews on the internet but they charge a lot more than their competitors for the same quality work.

Do some research, ask around, and find out what a fair price is for the work your home repair project.  The biggest company isn’t always the best choice neither are the franchises. The company with the best online appointment system may not make the best repair.

Oh and stay away from those online companies that will match you up with the right contractor. A better bet is to ask your neighbors, your friends, your REALTOR, and family if they know anyone and start from there. The “right” or “best” contractor on the web site is the contractor who paid to be on the website.

in July? My theory is because they were down in June. The civil unrest that we saw at the end of May and beginning of June affected home sales for a week or two.

We are always looking for good news and rising pending home sales is good news.

Overall the housing market is still strong and will likely remain so because the demand for housing is strong. For about the fifth or sixth year in a row the supply as not kept up.

The biggest issue facing housing is affordability. Lower interest rates make housing a little more affordable. If there was such a thing as affordable new construction we could sure use some of that right now.

Here is some national pending sales data for July 2020:

“NAR released a summary of pending home sales data showing that July’s pending home sales pace increased 5.9% last month and rose 15.5% from a year ago. This would be the third consecutive month of gains as well as the second year-over-year incline since the virus’s impact on the housing market.”

“Pending sales represent homes that have a signed contract to purchase on them but have yet to close. They tend to lead Existing Home Sales data by 1 to 2 months.

All four regions showed double inclines from a year ago. The Northeast had the biggest gain in contract signings of 20.6% followed by the Midwest with an increase of 15.4%. The South had a gain of 14.9% followed by the West which the smallest incline of 13.2%.” [NAR]