I just read up on a proposal for a downpayment assistance program that is supposed to help close the homeownership gap. I’ll give an update once the program is approved.

Over the years I have worked with a few buyers who were eligible for and who used downpayment assistance programs to buy a house. Almost all of those buyers were white and a few of them were not first-time homebuyers but they were people who had previously owned homes.

Downpayment assistance is a great resource for people who want to buy a house but who do not have the resources to make the downpayment which is why I have the link to downpayment resources in the right sidebar on this site.  I always ask first-time homebuyers if they have heard of the programs and I encourage them to explore their options and ask their lender for assistance.

There is proposed legislation in Minnesota for down payment assistance to help “first-generation” home buyers.

The intent is to narrow the racial homeownership gap in Minnesota.

A first-generation home buyer is defined as:

• A buyer who hasn’t owned a home in the last three years, and

• A buyer whose parent or legal guardian does not or did not at the time of their death own a home. 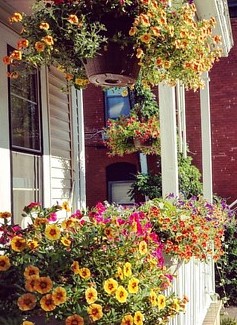 I am never going to say that “now” is a good time to buy a home or to sell one. There just isn’t one “now” that is best for everyone. However, over the years I have observed how much it can cost to wait for the perfect time, price and house.

Holding out for that perfect house in the perfect location that is a bargain can mean an extra decade of paying rent, as it rises each year while trying to save for a downpayment and missing out on building equity.

People who bought houses when interest rates were high generally paid less and refinanced later on. There are no guarantees when it comes to buying a house but most people need a place to live and in the long run, people who own real estate are able to build more wealth than those who do not own real estate.

There isn’t ever a perfect time to buy a house or to sell one.

As we head into Fall we should see fewer houses on the market not that there are all that many on the market now. I mention this because the number of houses sold and the prices does fluctuate by season and we don’t want to confuse seasonal fluxations with those due to a changing economy.

These charts always look like roller coasters and this one shows how many houses are on the market or were on the market at any time during the last five years.  There are peaks and valleys. The local market is past the peak for the year and headed for the valley.

This seasonal fluctuation can mean opportunities for home buyers because they may be competing with fewer home buyers. Sellers can still count on a quick sale and prices are still going up.

We usually get a few out-of-state clients every year. This year they are coming from coastal areas where housing prices are sky-high. From the East coast and from the West.

People from California love the prices here in Minnesota. They can buy a house and sometimes they don’t even have to change jobs if they are currently working remotely or are retired.

In the future, we may see more climate migration. Minnesota is affected by global warming. During the last two years, we have experienced a drought but we don’t have wildfires and there isn’t a lot of flooding. There are no hurricanes but we do get tornados, thunderstorms and blizzards but not at the same time.

We have jobs and currently have the lowest unemployment rate in the US at 1.8%.

Eventually, more people will discover the joys of living in Minnesota and it will get crowded. Now is the time to move.

This year in St. Paul we are seeing single-family homes that were being rented out hit the market. I know that small investors are struggling with the new rent control law. 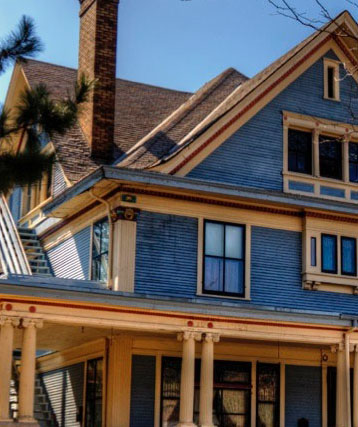 Rent increases are capped at 3% but with the cost of everything going up, including property taxes and fuel, rental property in St. Paul isn’t a great investment.

The houses are the perfect opportunity for owner-occupants. They tend to be priced lower than similar properties and often need some updating and minor repairs. They seem to be on the market a little longer than other types of housing.

Sellers will sometimes accept less than the asking price.

Former rental properties are a great opportunity for home buyers. Prices start at 100K. Some of the rentals that are on the market are small condos.

Paying cash for a house makes the whole process faster, easier, and less expensive.  Partly because there are fewer protections. An appraisal is not required and neither is any kind of an inspection. To be eligible for most types of financing a house has to be “livable”.

Mortgage lenders protect themselves and by extension the home buyer.

Having a complete home inspection is important. Cash buyers rarely have the property appraised but they could.

Cash buyers should make sure there is a title company involved in the purchase and buy title insurance. Working with an experienced real estate agent is recommended.

All cash sales are becoming more common and account for at least 25% of purchases.