What is historic on the outside may look like it was built in the 1980s on the inside. There must have been a lot of condo conversions in the 80s.

The original woodwork was replaced with blond oak and the floors are carpeted. The “old world” charm can not be found on the inside. In fact, sometimes there isn’t anything charming about the interior.

There are several buildings in downtown St. Paul that were factories or warehouses that were converted into condos. The kitchens are all new but the buildings still have exposed brick and timber. They retain their historic charm.

The developers restored unique historic features rather than just gutting the building and starting over. River Park Lofts, The Great Northern, and the Rossmor in downtown St. Paul were all converted from industrial buildings to condos while retaining original walls, windows, ceilings, and flooring.

There are a few great old buildings that are disappointing on the inside because they were chopped up and made into small apartments that don’t make sense. Who wants a north facing condo with one window? The original flooring is gone and brick walls are covered with drywall.

Historic preservation districts have rules about how the outside of a building has to look but no rules about the inside.

Last week we had a new roof put on the house. I hated to see the old one go to the landfill but it did last 31 years. Repairs were made 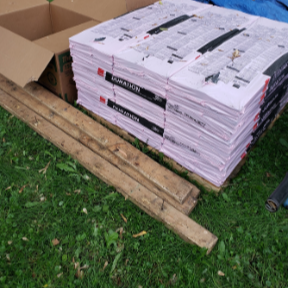 Nothing like a new roof to make a house look nice and tidy and almost newish. That is the thing about old houses, they can be retrofitted.  Making an old house more energy efficient in most cases is more environmentally friendly than building a new energy-efficient house.

Tearing an old house down just to build something newer and larger should be a crime but it isn’t.

Pollinator gardens are all the rage. It is about having a bee and butterfly friendly yard. Planting or allowing native plants to grow can help make a better and more sustainable garden. A yard doesn’t have to be mostly grass that needs a lot of water and mowing.

Why are pollinator gardens so popular? Because the bee population is declining and has declined by as much as 40% according to some news sources. Pesticides, fungicides and the way we garden are all at least partly to blame.

It isn’t enough to plant flowers that attract pollinators. Best practices include growing native plants and not disturbing bumblebee nests and leaving some of the flower stalks in your garden over the winter.

Gardening isn’t something that can be done once and forgotten about. There is ongoing maintenance and some plants will take a few years to establish themselves.

If you are interested in making your yard more pollinator-friendly a great place to start is the University of Minnesota Extension website.

Landscaping is a good investment that will increase the value of your home. Landscaping that attracts pollinators may also attract homebuyers.

Late summer and early fall are a great time for planning a garden and some perennials can be planted.

I live in an old house and it has an old roof that has been leaking on and off between and after repairs for some time now. It is time for a new roof. I know people who roof houses so I make some calls and get some people to give me a bid for a new roof.

There are a few other things the house needs but I am learning to keep my mouth shut about that and do one thing at a time.

Maybe my standards are too high. After all, I have been supporting my family for some time working as a salesperson on a 100% commission basis.

The first salesperson spent most of our time together answering questions that I didn’t have. My husband and I were forced to listen as he would not deviate from his script.  He did provide a written estimate but did not share any measurements. I ended up getting my own measurements so that I have a clue.

After his pitch, he wanted to know if he could wait out on the porch while we made a decision. He even promised a discount for an on the spot decision because making one less trip to our house would save him money.

We pretty much ruled the contractor out because we don’t want to see him three more times and we intensely dislike sales pitches and high-pressure sales tactics.

The salesperson believes he is being “ethical” since I want more than one bid and at that point, I didn’t have any bids I thought he was being a jerk. He actually told me that the company in question doesn’t do a very good job.  I would never talk to a potential client the way he talked to me. When I am asked to do something I think is unethical I just say no and I won’t bad mouth a competitor, not ever.

Another contractor stopped by at or invitation and actually brought a ladder and a roofer with. I didn’t have to ask about vents and gutters and flashing. He told me about it all and answered most of my questions before I even asked.  They promptly sent an estimate that was lower and far more complete than those of their competitors.

When they left our house my husband and I both felt better a little less worried and more confident about re-roofing.

When I meet with homeowners I like to be positive and assure them that I can do the work. People are far more interested in their own house and their own needs than they are in my company. I like to leave them a little information about who I am but I don’t use a script. There is no one size fits all script for every situation.

I would never make someone wait for an answer to a question while I give a sales pitch. I try to keep my focus on the needs of the homeowner because it is about them. They have a lot of choices because there are too many real estate agents in the area and many who can do an excellent job. In fact, it is a privilege and an honor to be invited into someone’s home.

Does anyone really like to be sold to? I don’t think so. I know from experience that there are ways to promote my services without ever using a hard sell, talking down to someone or being a jerk. When I offer my “free no-obligation consultation” I mean it and so do all agents affiliated with my company.

The clock is ticking and we need a roof before the ice dam season. We are waiting for three more estimates and hope that the company we choose can actually re-roof the house.

Some of the storm windows that are falling apart but I think we can make it another year which is probably how long it will take me to find someone who can do the work without being a jerk. 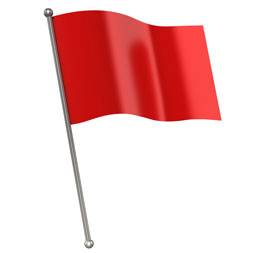 Here are a few simple things homeowners can do to head off common issues found during inspections conducted by buyers inspectors.

Some of the items I am mentioning will just help to keep the list of items that need attention shorter which will leave a better impression on the buyer.

Some home inspectors don’t know what they are doing and others are excellent. There isn’t any licensure or even qualifications to be a home inspector in Minnesota. Over the years I have seen all sorts of crazy on home inspections. Sometimes home buyers kind of freak out and so do sellers when confronted with a list of repair requests.

One of the wonderful things about old houses is they can be retrofitted. Even if a house was built without electricity or central heating it probably has both today and maybe Wifi too.

The answer is breakers. There are houses in St. Paul that still have old electrical boxes with fuses instead of breakers. Fuses seem to work fine but those boxes are at least 50 years old and some are much older. Having an ancient electrical system means having fewer circuits. Insurance companies do not like fuses and will charge more or they won’t provide insurance at all.

If the power is 100 amp and the fuse box does not have to be relocated prices for upgrading to breakers start at about $1500.00. It can cost twice as much if there is 60 AMP service or if the electrical box needs to be relocated.  It is easy enough to get an estimate from an electrician.

Any home can be sold as is but for homeowners who want to make improvements before they sell, I recommend upgrading the electrical system. It may actually save money.

We use our houses much differently today than we did in the 1950s. We use a lot more electricity. I have seen old fuse boxes with four or five circuits for the whole house. Newer electrical systems will include that many circuits just for the kitchen.