I have sold many ramblers over the years. First time home buyers buy them and so do older home buyers.

Ramblers have a lot to offer and some of them still have the original bathroom tiles from the 50’s and 60′ s in shades of pink, yellow, green or orange with thin rows or black tiles for accents.

There is a light above the kitchen sink which has cabinets above it on either side with that scalloped wood trim in between them.

Some have finished basements with a wet bar and a reck room and maybe a bathroom that consists of nothing but a toilet or a shower. Often the homeowner did some or all of the work finishing the basement. I find paneling and flooring that was popular in the 1960s.

The homes had solid oak floors until about 1957 or 1958 when they started using some kind of fiber wood board stuff. Often if the home is still in the hands of the original owner which is not as uncommon as you might think the floors have been covered with carpet since the home was built and are in pristine condition.

These fine one story three bedroom homes can be found almost anywhere in the city but the greatest number of them are in the highland park, upper east side and battle creek neighborhoods.

Some of the ramblers are small like 900-1400 square feet of finished space but there was a time when a family of four could live comfortably in that amount of space and I suppose some were even happy but that was a simpler time.

This rambler is located near White Bear Avenue in St. Paul and has that classic tuck under garage and the awnings.

There are a lot of brick ramblers with attached and detached garages in the highland park neighborhood. Some have fireplaces and shutters, most have large “picture” windows.  Some even have original appliances.

It is true that homes in St. Paul sell quickly. There are certain types of houses and price ranges and neighborhoods that are particularly attractive to first time

A couple of weeks ago I showed 10 houses to some buyers on the weekend and by the following Wednesday, all of them had offers on them except for that one overpriced house.

As I was making appointments to see the houses with the buyers they would get offers before we could see them. I was able to find some substitutes that had just come on the market.

Sometimes I would get an email before a showing advising me that the house had offers on it and that the highest and best offer is due in a day or in a few hours.

Generally, buyers do not want to see houses that already have offers on them and most like a little time to think about making an offer after they see a house.

Most buyers do not go out of there way to make an offer on a house that already has multiple offers on it.

Every now and then I notice that someone lists a house and sets a deadline for the highest and best offer when they have no offers.

I found this in the comments of one listing: “Highest and best due by 8 pm Saturday 4/6/19”. The house is still on the market and the comment likely scared away some interested parties, before and on April 6th.

It isn’t a good idea to give a deadline and ask for highest and best offers when there are no offers. The strategy doesn’t generate offers and actually makes it look like there is something wrong with the property. Maybe there was an offer that fell through? Why is the house still on the market after the deadline?

The house can only be sold once and as I have mentioned in previous posts often the multiple offers are almost identical to one another.

Some real estate agents advertise that they can take the stress out of home buying. It isn’t even possible to know ahead of time what is going to cause the most stress or what the sellers might decide to do that will make the process extra stressful. There isn’t any way to take all of the stress out of the process. Some people are easily stressed out and others are not.

Here are some of the main sources of first time homebuyer stress:

Those are the main stressors but there are many more. Waiting is can be a huge stressor and there are times when we just have to wait. Competing with other buyers, the fear of paying too much and finding problems during an inspection are a few more.

I encourage people to listen to that inner voice and work through the issues. For most people owning a home is worth the effort.

Be prepared to deal with the ups and downs during the home search and buying process.

The spring real estate market is competitive. It isn’t at all unusual for a home to get offers the day it comes on the market or even before. Buyers who must buy in April need to be able to compete with other home buyers and win.

Here are a few ways to beat the competition:

Loosing out on a house is not at all unusual. Learn from it and move on to the next opportunity.

One common mistake is to offer less as a starting point. In a multiple offer situation, the seller chooses the highest and best offer rather than negotiating with lower offers. Never assume that if you offer X then the seller will counter with Y.  Always be ready for the unexpected when dealing with people involved in buying or selling real estate.

Also, be aware of the fact that the special house you just found is probably going to be found by a zillion another home buyers. You won’t be the only interested buyer.

It is easier said than done but it is important to not get emotionally involved with the real estate that you are bidding on.

There is always another house for sale and who knows the one you end up with could be better than the one you lost out on. 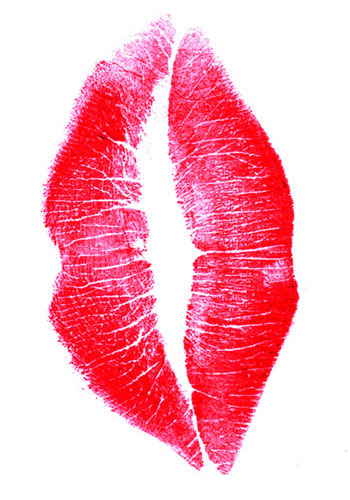 I don’t make the rules but I follow them and occasionally I write about them too.

We have had a few listings that have gotten multiple offers. Some of the buyers making an offer send ‘love letters” along with the offer. The letters say how much the buyers loved the house and how they plan to fill it with children. Buyers include pictures of themselves and of their children.

They also include information about the buyers marital and familial status. Sometimes the letter will mention a local church or parish school that the family plans to attend.

There isn’t any rule against buyers writing letters to the seller but I always advise my sellers to ignore the letter until after they have chosen an offer. It is against the law to favor one offer over another based on the race, religion or familial status of the offerer.

If the seller accepts the offer because they like the buyers the best and it wasn’t the best offer that could lead to a fair housing complaint. Sometimes the offers are similar but one offer has a letter with it. It is tempting to use the letter as a tie breaker but I strongly advise my clients against that.

Sometimes home sellers will tell me they really want to sell their house to a family with children. I have to explain to them that it doesn’t work that way and I can not help them. I can not advertise to families with children or any other demographic.

It is important to look at selling a home as a business transaction and to look at the terms in the offers and what kind of financing the buyers are using.

I didn’t want to publish this on April fools day because I was afraid that people would not take it seriously. Here is a look at mortgage interest rates:

By historical standards none of the rates on the chart below are high but rates were higher and have gone down making buying a home just a little more affordable.