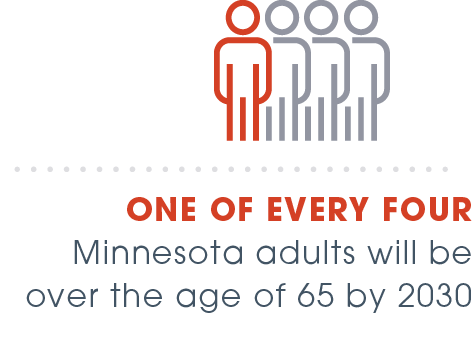 By 2030 Minnesota’s overall population is projected to grow 8.6% over the next decade, its senior population will surge by 56%.

Aging in place is going to be a popular option for seniors who own homes and who can afford to keep owning them and are not facing serious health problems.

The homeownership rate among those 65 and older is in the neighborhood of 76%. Vacancy rates in assisted living and independent living housing combined are at around 15%.

We need more housing for all ages and single-family homes are still the most popular option.