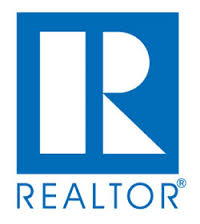 During the past couple of weeks, several people have been surprised when I mentioned that there are more female REALTORS than male REALTORS. We are on average older than the rest of the workforce too.

When the National Associaton of REALTORS advertises our services they tend to use pictures or videos of young men and young women but that doesn’t represent who most of us are.

NAR believes that they need to actively advertise to younger people. Even if younger members join they will one day become older members and there is never a shortage of REALTORS, in fact, there are more than are needed.

It is true there are far more buses, bus benches and build boards with pictures of male REALTORS on them but when you get down to it women sell more real estate.

REALTOR isn’t an occupation. A REALTOR is someone who belongs to the National Association of Realtors. We are misunderstood but I don’t think anyone has time to read the thousands of words I could write on that topic. Here are some statistics:

REALTOR® Demographics
65% percent of REALTORS® are licensed as sales agents, 21% hold broker licenses, and 15% hold broker associate licenses.
The typical REALTOR® was a 54-year-old white female who attended college and was a homeowner.

The majority of REALTORS®—84%—owned their primary residence and 38% owned a secondary property.

54% of REALTORS® were affiliated with an independent company. (Like Boardman Realty)

Nearly 9 in 10 members were independent contractors at their firms.

9% of REALTORS® worked for a firm that was bought or merged in the past two years.

The largest expense category for most REALTORS® was vehicle expenses, similar to last year, which was $1,370.

Members of NAR are held to a code of ethics and standards of practice.

It is hard to survive in real estate sales in the Metro area without being a member of NAR. Most of the local real estate companies make joining NAR mandatory.

Boardman Realty is a 100% woman-owned and operated company.