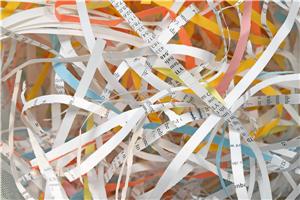 Each year changes are made to the forms we use for real estate contracts. Some years the changes are huge and other years they are small. The new forms are not available until August 1st which is the same day they go into effect.

There isn’t any law against using last years forms but new laws go into effect on August first, 2019 that may not be reflected in the new contracts. Most of the changes are to make the contracts more user-friendly for all parties. Some changes reflect changes in business practises and technology.

We do get a summary of changes to the contract forms in both written and video form ahead of time and that does help because we know what to expect.

People do buy houses on August 1st. It just might take a little longer to fill out the contracts and triple check them for mistakes.

I think the reason we do not get to see the contracts ahead of time is there is a concern that we will use them ahead of time. A workaround might be to send out contracts with large “sample” watermarks on them.

One of the most important changes last year was changing the contracts so that agents don’t have to number the pages.

Language has been added to contract cancellation form so that earnest money can be returned by check or electronically.

There is more. The best way to see the contracts is to buy or sell a house. We are not allowed to share blank contracts with consumers.

In general, the forms are far more user-friendly than they were when I first got my license back in 2002. Back then the contracts were in legal-sized paper with carbon. Today contracts can easily be created and signed electronically and can be printed if needed on standard letter-sized paper.

The amount of space it takes to run a real estate company has been greatly reduced because of electronic files.