Some folks will spend the weekend finishing up the taxes so that they make the deadline, which is April 15th.  I wish I had some tips but I don’t.

Our taxation system is complicated and expensive. It could be simplified and the IRS could provide free online forms and help us fill them out by putting in the information they already have.

It may never happen but it doesn’t hurt to dream. There are just too many companies that make a lot of money off of tax software and preparation services. Taxes are an important industry.

What would it be like if the income tax forms were the size of one piece of paper?

In the old days when we dropped our taxes at the St. Paul central post office in the evening or late at night on April 15th. Cars would line up and so would protesters. It was kind of like a circus with helpful postal employees would have carts out and they would line up so we barely had to stop our car to toss in the envelope full of forms and maybe a check.

Protesters would have huge signs reminding us about the evil things our taxes are spent on and how we need to make it stop. I always felt a kind of special bond with my neighbors as we lined up to drop off our tax returns. 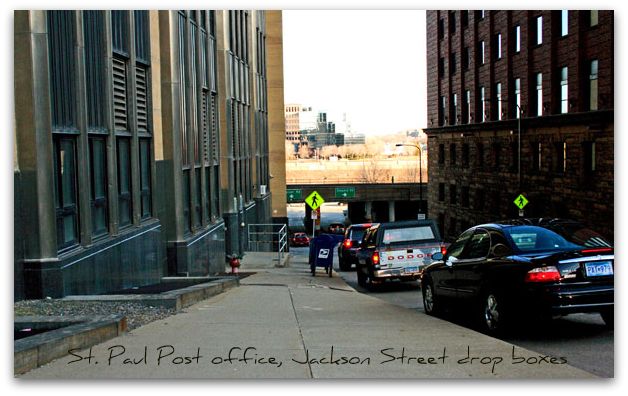 The post office has moved but the building is still there and is being converted to Condos. . . . but we can still count on death and taxes and the deadline to file is still April 15th.

In one of the very last conversations I had with my 90-year-old dad before he died last winter, he asked me about his taxes. He wanted to know if I had been filing them. He worried about them and after he could no longer do them himself he worried more. Somehow that seems wrong to me but them a lot of things about our taxation system seem wrong.