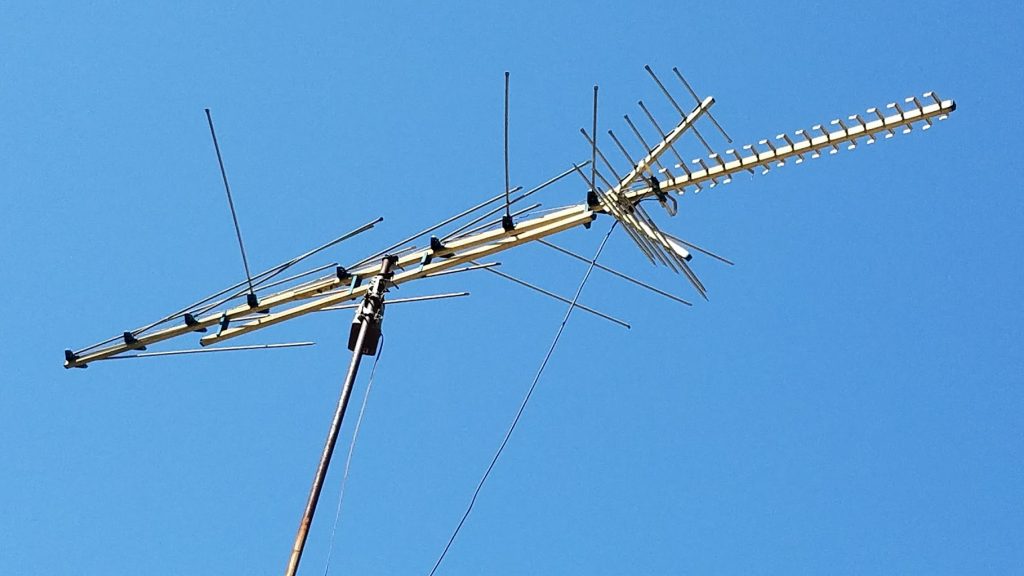 It is Friday and Fridays are for fun. I am old enough to remember when television was free and there were antennas on roofs and in attics. There was no monthly bill and no subscription.

This week I re-discovered free TV. With nothing more than an inexpensive indoor antenna, we are getting high definition television. . . for free!

The antenna is a little fancier than the old ones were. It uses electricity and has a booster and cost $35 at Best Buy. I have to say the picture really is amazing and much better than what we were getting with DirectTV. There are 12 free channels. Who knew?

We are thrilled with the reception and overall ease of use and the fact that it is free makes it even more attractive. Did I mention it is free? Over the air, just like radio!

I am trying Sling TV which will be less than $25 a month once the trial is over. We already have Netflix and Amazon Prime and an Apple TV.  I am not sure about Sling because like the cable providers they have groups of channels. There are 7 or 8 channels that we might watch but we have to get a group of 45 channels to get the channels we want. Sound familiar? It seems to be a common business model.

It would be wonderful to just pay for the channels we want but that kind of service hasn’t been invented yet. At least Sling is easy to cancel. A person could just pay for it during the winter and cancel it in the summer. 🙂

It sounds complicated but it isn’t. I no longer have to call a 1-800 company to cancel, change or repair. No more being put on hold and listening to a recording that tells me how important my call is. no more listening to a person who is programmed to sell “service protection” plans. Those plans work like organized crime, customers are charged a fee for protection in addition to the fee for services.

As an unexpected bonus, I just learned how to turn a satellite dish into a booster for a TV antenna. Apparently, we can get more free channels that way, and it looks like it is pretty easy to do.