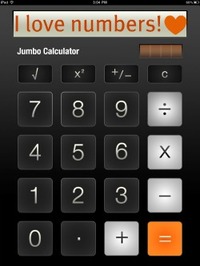 The news media and the government like to use the median home price when reporting on housing prices.  The median home price is the price that is in the middle and shows that half of the people who bought homes paid more for them and half paid less.  So if three homes are sold and one sells for $50,000 and another sells for $60,000 and a third home sells for $200K the median price is $60,000.  The average price using the same numbers is $90,000.

I point this out because most of my buyers and sellers are more concerned with averages and so are appraisers and that is why I use so many averages on this blog instead of computing the median, but I can compute the median.

Today for all of those out there who like the median I computed the median price for homes sold in St. Paul in 2010 and that number is: $122,000 which is not to be confused with the average price for the year of $148,155.

Which number do you like to use and to know the median or the average, or both?

The numbers used in this post were gathered from the Northstar MLS. The numbers are deemed reliable but not guaranteed and include all single family homes within the city limits of St. Paul, MN which does include townhouses and condos but does not include rental property, although any home included in the numbers could now be a rental property.

9 Replies to “Median or Average?”