It is Friday and Fridays are for fun.  I usually don’t write educational 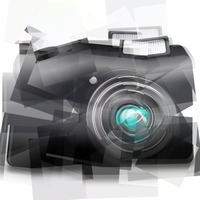 type posts on Fridays but that is what I am going to do today.

I have spent a lot of time this week looking for homes for buyers that I am working with.  I just can’t help but notice that the property photos in the MLS are pretty bad.

I find photos of room parts, open toilets, crooked rooms, poorly lit rooms, open toilets, did I mention open toilets?  bathroom mirrors and windows with bright lights in them and to be honest with some of the photos I can’t really tell what they are of but I try.

You may have noticed from my blog that I like to take photos.  Maybe I love taking them and I know my way around a camera and if I try I can take a photo of an entire room and if there is a toilet in the room I put the seat down before taking the picture instead of after. (I think Realtors were taught to put the seat down after)  I decided to write some instructions for my peers in an effort to help them with their property photos. .

The following items are needed and my instructions should be followed to the letter.  You will need:  A camera, a towel, a table or sturdy flat surface a hammer, a phone and a room that needs to be photographed.

If these steps are followed I promise that the end result will be better property photos.

22 Replies to “Photography for Realtors”