This year, Saint Patrick’s Day falls on the Monday of Holy Week.  That may not be a big deal to many people, but in Saint Paul it was a fairly serious problem.  This is not just an Irish city, where we make a very big deal out of St. Pat’s, but a city defined by Catholics of many different ancestries who take Easter very seriously.  Not only was it hard to have our usual celebration on March 17th, it was especially hard to have it in this particular week.

The problem was solved by having the parade and most of the bacchanal of St Pat’s on Saturday, March 15th, leaving a decent amount of time to repent and clear the hangover.  There was a line outside of Patrick McGovern’s running down the sidewalk of those wishing to take part in the festivities, even if they were a couple of days early.  But the need to move the holiday to make room for something more important shows us all the real character of Saint Paul and how our culture was created.

When Saint Paul became the capital of the new Minnesota Territory in 1849, more of the settlers were from New York and New England.  That wasn’t bound to last.  The open frontier called to people escaping political turmoil in southern Germany and famine in Ireland, both predominantly Catholic parts of Europe.  In a short time, Saint Paul was populated by people of that faith in a way that seems more at home on the East Coast than it does in the Midwest.  The culture of our city was defined by these early pioneers.

It’s not just the Cathedral, built by Archbishop John Ireland in 1907, that looms over the city.  Saint Paul is a city with many parochial schools and parishes dotting the neighborhoods, along with a large infrastructure of Catholic charities, retirement homes, and hospitals.  These are the institutions that define the people and form the glue that hold together many neighborhoods.

Since the early days, we’ve had immigrants come in from many other nations.  Czechs, Italians, and Mexicans fit right into the existing fabric defined by the church.  But also so have Hmong, Lebanese, Vietnamese and Somalis.  Saint Paul is less Catholic than it used to be, but the character and culture defined a long time ago remains.  While this is still a city of neighborhood parishes and schools, each has reached out to embrace the new arrivals.  In a short while, each has become a Saint Paulite in their own way, and Saint Paul has made its mark on them. 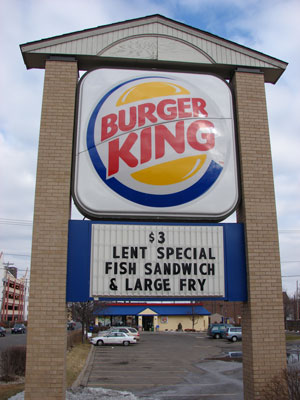 Saint Paul still has a substantial Catholic population, but we are even better described as a city which is culturally catholic.  Our dedication to our neighbors and to those less fortunate crosses ethnic and religious divides, but has its origin in those people that came first.  While we are a welcoming and charitable people, we still have our day set aside for those of us who were among the first, the Irish.

It makes for quite a celebration, complete with tents in parking lots and sidewalks full of people dressed in green that aren’t walking in a a very straight line.  But in the end, even if you’re not Irish, you can join in and be one of us for the day if you’d like.  Thatâs just the way Saint Paul is.  And if our chosen day falls at a bad time, well, we can move it.  It’s all in good fun.  It’s all in Saint Paul.