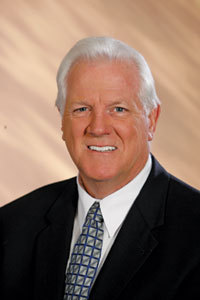 One of the most prominent local celebrities here in the West End neighborhood is Tom Reid. His story is a good example of what makes Saint Paul a great hometown.

According to his wikipedia entry, Tom was born on June 24, 1946, in Fort Eire, Ontario and played 690 games with the Chicago Blackhawks and Minnesota NorthStars in the NHL. This tells us several things – he’s Canadian, a good hockey player, and important enough to have a wikipedia entry. What it doesn’t say is that he’s a great guy who is always fun to chat with.

Tom is best known as the Radio Analyst for the Minnesota Wild of the NHL. As the Voice of the Wild, people across the state have come to know him as the kind of announcer that is patient enough to wait for things to happen yet very passionate about the game. His relationship with the players and concern for their well being also comes out. After all, he’s been there.

Around here, we know Tom more as the owner of Tom Reid’s Hockey City Pub. It’s a friendly sports bar with specials of some kind nearly every day. What makes it fun is on hockey nights in Minnesota, after Tom has called the game for the fans around the state. He walks the two blocks from the Xcel Center to his bar at Walnut and West Seventh, and more or less holds court for the night. He loves to greet everyone in the bar, making sure they are having a good time, as he slips from one group to the next for a quick chat. As crowded as it gets, this is no small task.

Watching this personal touch in action makes any evening special by itself. Tom doesn’t have to do all of this, especially since he could just stay with the many players that come down to his place. But he loves greeting everyone, and it shows.

It’s one of those Saint Paul moments. This is a town big enough to have an NHL team, yet small enough to meet and greet some of the celebs when it’s over. Tom is just the most visible example of this, and the most stylish, too.

The Minnesota Wild have their home opener on Thursday, October 4. If you can, catch them at the Xcel Center – or just head down to Tom Reid’s to enjoy the moment with a lot of other fans. It’s a great time!